Sumitomo Mitsui Auto Service utilizes various solutions to support conventional mechanisms that have been put in place by your company to reduce traffic accidents.
We provide a new solution, RISCOVER®, that automatically analyzes videos recorded by dashboard cameras by a system that utilizes AI and reports on risky driving behaviors that can lead to traffic accidents.

Visualize daily driving behaviors that may cause accidents

SMA Support handles roughly 30,000 culpable accidents a year. Of these, about 90% are due to human errors such as a failure to check safety. But eliminating these errors is not easy. In an accident resulting from the use of a smartphone or cell phone during driving, the culpable driver almost never voluntarily admits to using his or her phone, in which case the cause of the accident is difficult to determine. These causes are buried risks that cannot be identified even from the driving data obtained via telematics.

So we thought that, in order to promote accident prevention efforts, it was necessary before anything else to identify the true causes of accidents by focusing on in-vehicle footage and monitoring the driver's risky driving behaviors.

What's more, we considered that visualizing not only what happens at the moment of an accident but also how the driver usually behaves while driving and encouraging the driver to improve his or her driving behavior would prevent accidents not just from recurring but from occurring in the first place. 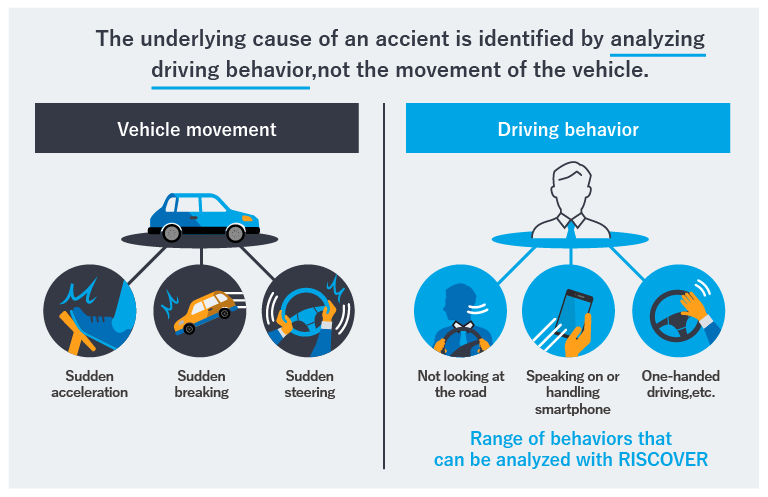 What is analyzed with RISCOVER® is not the video of near misses but driving video recorded around the clock. The frequency of each risky behavior is detected to determine how habitual the behavior is, identifying the potential risks of the driver.

RISCOVER® adopts an image classification engine called ZIA Classifier (Patent No. 6132996) from Digital Media Professionals Inc. (DMP). ZIA Classifier efficiently tells what is captured in image and video data. This unique algorithm allows you to analyze long hours of driving video to efficiently identify risky driving behaviors that can lead to accidents, such as the driver using a smartphone or not looking at the road.

The dedicated system analyzes and detects scenes of risky behavior. Even with many hours of driving video, RISCOVER® completes the entire process from analysis to report creation in two hours or so.

In addition to videos of risky behaviors, RISCOVER® creates and provides a driving diagnosis report summarizing the relevant data such as the dates, times and driving speeds recorded when those behaviors are observed. We can also support you in safe driving training and laying out improvement measures, based on driving videos and reports. 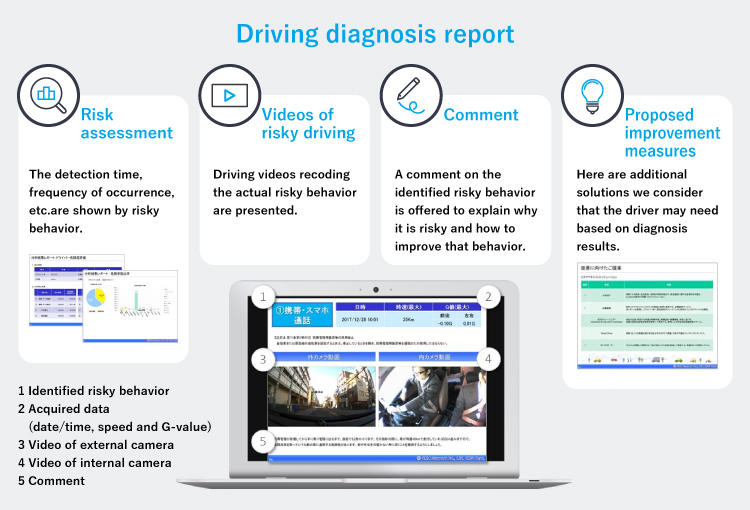 Our solution has helped prevent 91.2% of accident-prone drivers from causing an accident again and reduced the ratio of new recruits who get involved in an accident by three-quarters

Businesses that use driving videos for safe driving training have succeeded in the prevention of occurrence and recurrence of accidents. One company provided such training to its accident-prone drivers who had caused multiple accidents during the previous one year, and 41 out of 45 have had no accidents since, making a success of the company's efforts to reduce the recurrence of accidents. Another company, which gave similar video-based training to its one-year employees, has achieved significant improvement with the accident rate among those employees falling by three-quarters.

A safe driving training program that uses videos of each individual driver's actual driving behaviors can be highly effective as it helps the driver realize the potential risks involved in his or her own driving.
Taking concrete countermeasures against accidents by humans, including curtailing accidents, is one of the key business challenges that many corporations face. RISCOVER® contributes to the prevention of traffic accidents and the reduction in recurrence risks. 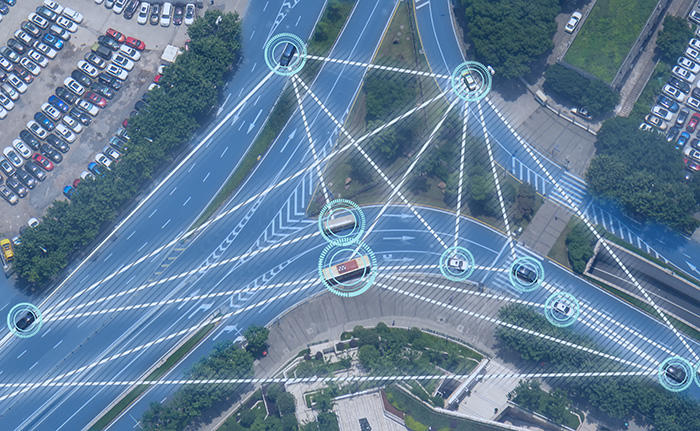 SMAS-Smart Connect will help to reduce accidents by providing drivers with maps indicating areas where they have had hazardous encounters, a function to automatically distribute driving videos, and safe driving instruction using charts. How will SMAS-Smart Connect change our lives? 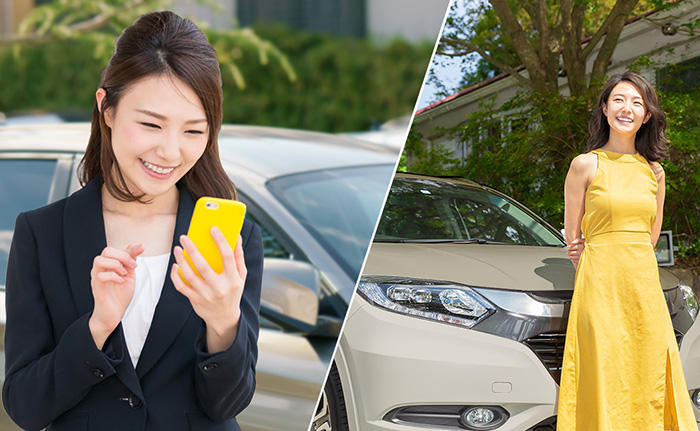 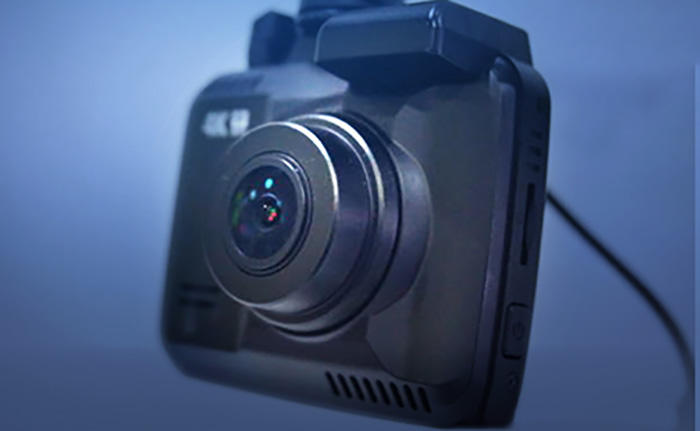 We have launched the video analysis solution service RISCOVER®, which uses a dedicated AI system to analyze risky driving behaviors to enable the prevention of occurrence and recurrence of traffic accidents. 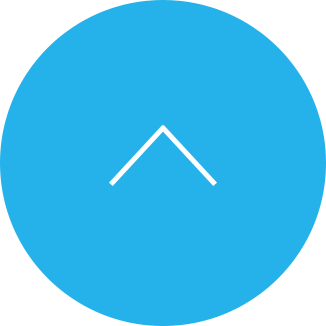